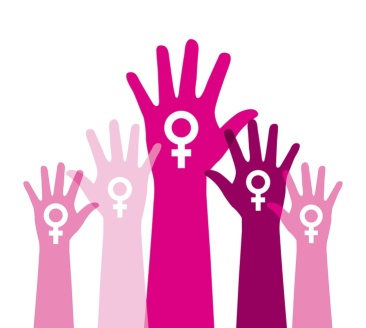 This Saturday, I participated in the Women’s March in Philadelphia. Since the march, I’ve seen a lot of backlash for its exclusion of anyone supporting the pro-life agenda. As far as I could tell, there was no one policing who could and could not attend the march. Anyone that wanted to could simply walk up and join the crowd. However, the platform of the march was explicitly “pro-choice” and therefore intended for those that share this perspective. I also believe that a pro-life organization was declined partnership with the march. This makes sense to me, as the pro-life message is in direct contrast with a primary principle of the march: women’s reproductive rights, and the right to make our own choice about our bodies.

For many of us, reproductive rights are inalienable from women’s rights – and one intention of the march was to demonstrate how many people share this specific perspective. The backlash has inspired me to share a little bit about why I see reproductive rights as a fundamental aspect of women’s rights, and why I think organizations like Planned Parenthood are crucial for women, and for our country in general.

No one wants to be in a position to get an abortion, but it’s an important option to have. I’m comfortable sharing that I’ve depended on planned parenthood for next day contraception because my primary birth control method failed. This was despite my loving/involved family, my private school education, my involvement with the church throughout my adolescence, and my decision to wait until I was 20 years old and had been in a committed relationship for a year before I had sex.

It was a difficult moment, that I’m neither proud nor ashamed of, but I am extremely grateful I had this option. I’ve been granted the ability to postpone motherhood until a time when I feel I can be the best mother possible, and offer the best life for my children. I’ve been able to continue pursuing my education, and will be receiving my doctoral degree this spring. I’m no longer with the man I was with at that time, who ended up cheating on me several times. Instead I was able to date, discover who I am, discover what was important to me in a partner, and am now engaged to a better partner than I could have imagined.

Without this contraception, it would have taken much longer to pursue my education  (if possible at all), as raising my child would have become my primary responsibility. Without a degree, I’d be unlikely to find as well paying of a job. Without a well paying job, I most likely wouldn’t be able to afford living in the neighborhoods with better school districts, meaning my child might not have access to a quality education. Due to earning less money, I might have to work more hours to make ends meet. Longer hours at work would mean less quality time with my child, especially if I continued trying to pursue my education on my off-hours. Less time with my child means I’d have less opportunity to talk with them about values, decision making, and healthy sexuality.

Studies have shown that children from lower income households are exposed to about 250,000 words in the span of one year, compared to about 4 million words that children from higher income families are exposed to – putting them at an average 2-year disadvantage in language skills when entering school. This is partially due to their parents’ additional stresses and limited time.

Maybe I would have tried to make things work with the father, and stayed in an unhealthy relationship. Maybe we would have broken up anyway, leaving me to raise my child as a single mother. The child (at best) might have seen their father occasionally, as we never lived in the same state and wouldn’t have had the means to move and live independently. It’d be more difficult finding time to date, or finding another man my age interested in a woman with a child, meaning I’d likely be living in a single income household for longer; another barrier in my ability for economic mobility.

This is how my life could have been very different without reproductive rights. This is even with all my privilege of growing up in a middle class white neighborhood, private school education, and religious involvement. Unfortunately, many young women haven’t had the same privileges. Their mother’s are working several jobs to make ends meet, and aren’t home to have conversations about healthy sexuality, or protect them from risky situations. They might not have fathers around to model respectful behavior towards women, and help foster their self-esteem. They’re less protected from increasing cultural messages (including those from our president) that their sexuality is the most valuable thing they have to offer others.

When they fall for a boy (similarly deprived of positive role models) who makes spontaneous and irresponsible decisions… the boy can walk away. However, without reproductive rights, the girl is left to bare the responsibility for the rest of her life. She’s left to try to do better than her own mother, until she realizes that her own mother was doing the best she could, and the cards are stacked against the girl to do any better. She might begin to notice how many other girls in her neighborhood are in the same situation, and that their daughters eventually find themselves in the same situation, and it might begin to dawn on her why it’s so difficult for anyone in the neighborhood to get out. Then it might dawn on her how women’s rights are so inextricably connected to human rights, social justice, improving poverty, decreasing crime, public health, and accessible quality education.

Don’t get me wrong, I know some mothers are able to overcome all these barriers, make the best of a difficult situation, and do a wonderful job raising their children. They are absolute heroes – but because of how difficult and important this task is, I don’t think any woman should be forced to take it on without deciding it’s what SHE WANTS. I also understand that a woman can choose to follow through with her pregnancy, and then decide to give her child up for adoption. Expecting a woman to carry a child in her womb for 9 months, give birth, and then give that child away also seems like an extremely unfair physical, practical, and emotional toll to force upon a woman, without her ability to choose. I am very much pro-life, in that I think if a woman wants to follow through with a pregnancy, she should have as much support available as possible. I simply don’t think she needs the government to make that decision for her. To me, a fundamental element of female empowerment is acknowledging that NO ONE is better able to make a life changing decision for a woman than the woman HERSELF.

This is why, for many of us, reproductive rights are inseparable from women’s rights.

* I understand the argument that an unborn child is a human too, and also has rights…. I really do… but there simply isn’t a clear agreed upon point at which an embryo is a person. Hopefully, however, there’s no debate that every already born woman is definitely a human, so it seems reasonable that our human rights should take precedence.

** Let it be known that I have no official affiliation with the Women’s March and cannot speak on behalf of any of the organizers or protesters. This post is intended to simply share my take on the issue.

Jersey girl living in Philadelphia, pursuing a Psy. D. in clinical psychology. I like to write about psychology, relationships, personal growth, and other random topics that pique my interest. My loves in life are my chocolate lab, bean burritos, and the ocean.