We live in a world that loves to categorize things. It’s the human brain’s little trick for sorting through a lot of information efficiently; “It’s either this, or it’s that”. While categorization can be helpful, there are some negative consequences, especially when applied to human experience. For example, we tend to sort other people into various categories, i.e. male/female, gay/straight, nerd/jock, etc.. This type of black and white thinking not only limits our ability to understand another person’s experience, but often times it can make it difficult to understand our own experience as well. We feel pressure to fit into rigidly defined categories that society has laid out for us, and as a result we might mitigate unique parts of ourself and our experience that don’t fit so neatly into these social boxes. People might hide or play down the parts of themselves that blur the lines so they can fit in and identify more closely with a certain group, all the while feeling fundamentally different. The point of this post is to highlight some examples of areas that we need to challenge our categorical perspective, so that we can all relate better to each other as unique and diverse individuals, rather then members of separate homogenous groups.

We generally think of sexual orientation as identification with a certain category (gay, straight, bi), but this can cause a lot of people confusion when trying to understand their own sexual feelings and experience. A healthier way to consider sexual orientation would be to think of it as a point on spectrum with strict heterosexuality and homosexuality representing the extreme end points of the scale. It’s actually rare that someone would fall on an extreme end of this spectrum. Maybe you’re mostly attracted to the opposite sex, but you can recognize when someone of the same sex is attractive. Maybe members of the same sex even show up in your fantasies from time to time, but you don’t necessarily ever feel inclined to act on those fantasies. The point is, whatever your experience may be, it has a place somewhere along this scale.

To add to the dynamics of sexual experience is the fact that sexual orientation isn’t necessarily a fixed trait. For many people, who they are attracted to evolves throughout their life. This concept can also be represented on a spectrum with complete sexual fixedness on one end and complete sexual fluidity on the other. Someone who has always been attracted to one sex (be it same or opposite sex) for as long as they can remember and never experienced periods or moments of attraction to the other sex, would be a very sexually fixed person. A more sexually fluid person might have periods of being exclusively attracted to one sex, but has also had periods of being exclusively attracted to another sex, and maybe also periods where they felt attracted to both sexes. In other words, wherever you fall on the sexual orientation spectrum discussed above, you don’t necessarily remain on that one point of the spectrum, but might move around a bit over time.

Research shows that women tend to be higher in sexual fluidity, and therefore are more likely to change sexual orientation throughout life. However, it’s unclear how much this is affected by different societal gender norms. For example, it’s generally considered more acceptable in our society for a straight women to experiment with other woman (e.g. making out with another girl at a party), than it is for a straight man to experiment with another man. The take home point is that there is a lot of gray area when it comes to our sexual preferences, and it’s totally normal to not fit into our society’s rigid categories.

A related area where society attempts to squeeze us into dichotomous categories is gender. Our society has established ideas of what it means to be a man and we call it masculine. We have established ideas of what it means to be a woman, and we call it feminine. However no man is strictly masculine and no woman is strictly feminine. The reality is that a woman can identify with any masculine trait(s) and it does not make her less of a woman, and the same it true for men. Therefore we can again consider these traits on a spectrum where regardless of your biological sex you may lean towards masculinity or femininity but still identify with traits of either gender. Right in the middle of this scale would be androgyny, which research has actually shown to be connected to many positive traits. In other words, it’s actually best to embrace positive characteristics associated with both genders. If we embrace this spectrum perspective of gender as a society perhaps we will be able to show more compassion and understanding for those who feel they identify more with the gender opposite of their biological sex. Perhaps individuals would not feel so conflicted and confused when their experience doesn’t seem to match what society prescribes for their sex. Perhaps we would all feel more able to explore and embrace our most genuine selves without pressure to conform ourselves to gender norms.

Sexologist Jessica O’Reilly applies the spectrum perspective to relationships in this TED Talk, where she explains Dan Savage’s concept of “monogamish relationships”. She suggests that strict monogamy doesn’t seem to work for many people (as evidence by high divorce rates), however she states that the opposite (strict polygamy) doesn’t work for many people either. She encourages us to open our mind to the many possibilities in between monogamy and polygamy, and define fidelity in our relationships on our own terms. For example, maybe you and your partner do not have sex with others, but flirting is ok, or bringing a guest player into your fantasies/dirty talk is enough to keep things exciting. Whatever it may be, the spectrum perspective opens up the opportunity to have an honest conversation with your partner about wants and desires that might lay outside of society’s standard definitions of relationships.

Once you understand that most traits exist on a spectrum rather than in categories, you can begin to apply it to many areas of life. Even our typical understanding of mental illness has been defined by categorical diagnoses, and as a clinical psychologist in training I’m all too familiar with the problems inherent in trying to fit a unique person with complicated psycho-social issues into a strictly defined diagnosis. There is actually a current a push in the field of psychology to describe mental health conditions on spectrums rather than categories. An example is the transition from separate diagnoses for Aspergers Syndrome and Autism, to Autism Spectrum Disorder, which recognizes that individuals may experience symptoms of Autism to various extents and thus present in very different ways. In terms of other disorders, the presence or absence of one symptom can currently make the difference between whether someone qualifies for a diagnosis or not. Would it not make more sense to describe a person as “having the following depressive traits” or “falling above average on the depression scale”, rather than depressed or not depressed?

The underlying point here is that few things in life are black and white, and it does us a world of good to look for the gray areas. It’s particularly dangerous to apply black and white thinking to other people, because we rob ourselves of what we can learn from the idiosyncrasies of others. Furthermore, let’s think about what we lose when we subconsciously apply black and white thinking to our own identity. What parts of life, what parts of our self, have we not explored because they seem to conflict with the labels we’ve applied to ourself? How can we meet our full potential, if we hold ourself to the confines of categories? So periodically check in with yourself… are there any areas where you’re not allowing yourself to explore the full spectrum of life? 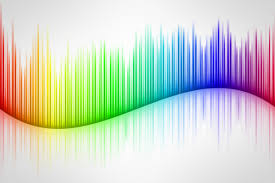 Jersey girl living in Philadelphia, pursuing a Psy. D. in clinical psychology. I like to write about psychology, relationships, personal growth, and other random topics that pique my interest. My loves in life are my chocolate lab, bean burritos, and the ocean.